How do we organise, archive, and communicate our collective knowledge?

Per the title of this post, I’ve been thinking about - given the incredible collective knowledge we have in GOSH - how we organise, archive, and communicate that knowledge?

Lots of discussions happen in this forum, while others take place in Whatsapp groups; Things happen in the GOSH GitLab repositories, and of course there are the valuable resources on the GOSH website such as the policy briefs and the super-comprehensive events framework. I also know that much work is being done via numerous Google Docs documents that have been shared in this forum.

My concern is that, other that what’s published on the GOSH website, much of the knowledge we’ve produced will not be retained very well and eventually be lost to time.

I don’t have a good solution in mind, but would love for some way to organise our collective knowledge so that it’s not only collectively remembered, but (relatively) easy to pass on as well.

Anyone has thoughts or experience with this? Or is anyone interested in perhaps forming a working group on this problem???

I’m biased here because I use it all the time, but we have a general Open Hardware library in Zotero, we could also have one for GOSH.

I like it because all your links are in one place, you can easily cite, the magic tool for adding resources makes it super easy. I use it not only for docs, also for repos, so it could work with the gitlab ones.

This discussion reminds me the warnings from one of the Internet’s pioneers: Vint Cerf
https://en.wikipedia.org/wiki/Vint_Cerf

And his warnings about the risks of a digital dark age:
https://en.wikipedia.org/wiki/Digital_dark_age

I worry too.
I’m worried that we get to dependent on proprietary platforms, and that to produce open science we are going to use and navigate on proprietary networks and platforms (more about it here ). That’s bad because we will be subjected to their “laws” and organizations.
Yes, is easier, faster, user-friendly, but not free as in free software.
(and sometimes is the only option . . .

)
However, to use open/free platforms we need engagement on documenting, patience on using and commitment. And that’s not easy, demands a lot of energy. We do have people to volunteer on infrastructure maintenance, but we still need general engagement.
I’m not saying that’s easy, but i thought i should point out.

Juli suggestion is also good. A wiki is also interesting (less user-friendly and don’t look modern). Git is not the right tool, and unnecessary hard, but also an option.
,

Building on top of what @marinappdf says, it would be nice to pair this effort with Self-hosted apps for GOSH - #5 by Diapason

Ni! Hi @hpy . I feel that for this to be a useful one you must be more explicit about what “knowledge” you are talking about. You say only the website is good, but I don’t see how “knowledge” on Gitlab and on this forum - and perhaps even on Google docs - can so generically be said to be, in any meaningful sense, “lost to time”. Cheers,

This is tangentially related and I’m not suggesting that it addresses all the issues raised here, but there is a FOSS solution for creating copies of common knowledge stores and making them available offline. I have only spent a little time experimenting with Kiwix, but it worked fine in my trials. 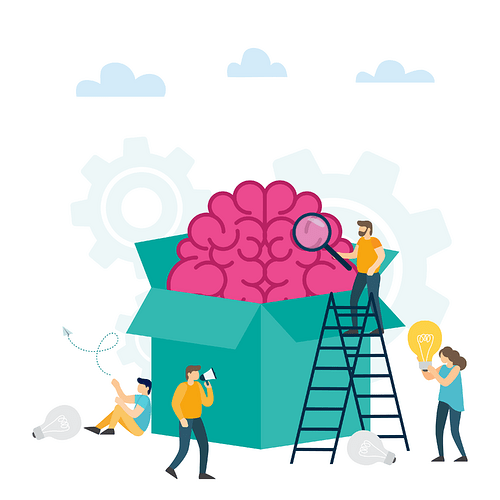 How to Fit All Human Knowledge in a Box

How we used the power of Cython to help streamline how knowledge can be packaged and accessed all over the world – even without the internet.

This eliminates reliance on Internet connectivity and server infrastructure, and they have instructions for a server appliance that can be set up to serve a school, research group, event, etc on a wireless LAN. Maybe a config could be created to generate an offline archive of open science materials and related sources?

Hi all, thanks for the responses!

@jarancio: Thanks! I completely forgot about shared Zotero libraries, even though I use Zotero for myself all the time!

I suppose we can create a shared library there as an “index” to keep track of the disparate pieces of knowledge that builds up all over the place. IIRC Zotero has types for forum threads, multimedia resources, software, reports, etc. in addition to the usual suspects like academic papers. I am also a fan of Low-Tech Magazine.

I echo @Markos’s sentiment of the digital dark age. I feel like recorded knowledge has actually become more ephermeral now, because in the past if things are on paper - like books - they can last a loooong time but now not so much… This is why I love the Internet Archive. In fact, we could archive some GOSH outputs there, too. I vaguely remember @hikinghack saying something about storing things there but I might be wrong.

@marinappdf: Thanks for linking to that paper, it articulates so well many of my worries that I haven’t been able to focus and communicate. It’s very true that the problem isn’t just about which tools we use to organise and archive our collective knowledge, but also that we need people to do the task. I don’t have a good solution in mind, but that’s why I wanted to at least begin a reflection.

I think wikis were discussed in the other thread about self-hosted/open source apps for GOSH, and the problem we identified was that it takes a lot of effort and dedicated people to maintain/organise…

@solstag: Good point about defining what is “knowledge”. I think what I’m trying to get at is that there is a lot of informal “know-how” that comes from the conversations in GOSH, such as discussions in this forum or elsewhere. We learn a lot from this but it’s easy for this kind of knowledge to get lost. For example (and I know this is not an open science hardware-specific example), we had a long forum thread about election voting methods. We collectively learned something from that discussion, but eventually that thread will be buried deep in this forum. Most of us would have forgotten where it is, and eventually no one will even remember that the discussion took place or that we’ve investigated and learned about the different solutions. In other words, even if a forum thread or GitLab/GitHub issue technically exists, after enough time no one remembers that it’s there or what we learned from it. Basically, that knowledge is effectively “lost”. Having good organisation and archiving of more “formal” knowledge, such as papers or the publications on the GOSH website are already hard, but for informal, ad-hoc knowledge production it is even more difficult!

I suppose something we could try is to simply start experimenting with different solution. Try starting a Zotero group/library to track our knowledge and see how hard it is. Maybe play around with a wiki. And once we’ve organised something, we could try to make a separate archive with Kiwis as @jmwright suggested. I don’t really know…

I am also really curious how other organisations have tried (and failed?) to track their learnings/knowledge???

Hi everyone! Just wanted to share here that a few of us will be meeting next week to discuss Zotero as a knowledge management tool. You can read more about the next meeting on this thread: Self-hosted apps for GOSH - #27 by briannaljohns

we had a long forum thread about election voting methods. We collectively learned something from that discussion, but eventually that thread will be buried deep in this forum

Not actually, it won’t… The forum is searchable. If people ever discuss this again they can either remember there had been a discussion or simply be smart and start by searching past exchanges. I recently wanted to try to list all GOSH exchanges about the roadmaps, and to find where the issue of policy emerged, and using the search led me straightforwardly to the bulk of the info I needed (including links to specific GoogleDocs to examine). Information that is searchable is not lost, so I think that, for such cases, one may see a problem where there isn’t one.

The fact that forum is public, centrally searchable and managed by us is important for that. While information shared on Whatsapp or other places do not fall into this case, while some things like Google Docs might not be as bad since people tend to share the links here with some context, that makes them indirectly searchable. I think a more general practice of “use the forum wherever possible and, if not possible, leave a trace there” would solve a lot of the issues you raise, with little or no extra work.