From now on we’ll be using this thread to post project updates.

As kindly reminded by @biomakers_lab in their post, this is part of our responsibilities towards the GOSH 2022 Collaborative Development Program.

So far so good

I’ll be posting pictures to a photo album in case you’d like to check out the latest photographic updates. 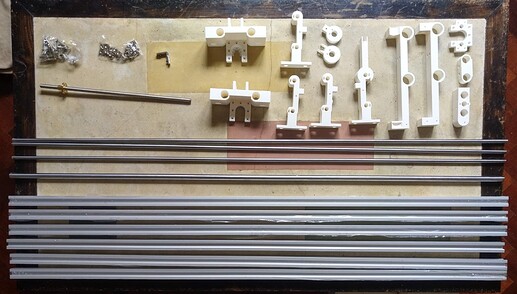 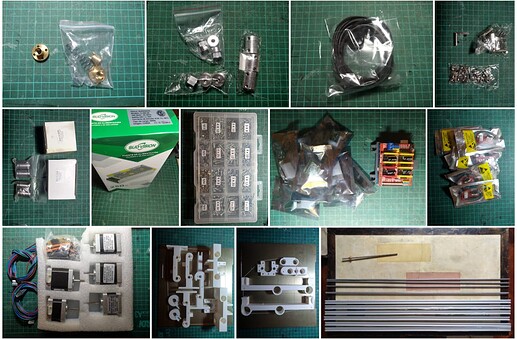 Future updates will be shared as a reply on this same thread, hopefully on the following subjects:

Progress would have been impossible without the help of the GOSH community (mostly behind the scenes), and many friends helping out at each step; from suggesting collaborators to finding the right fiscal sponsor!

Stay tuned for the next update (?) 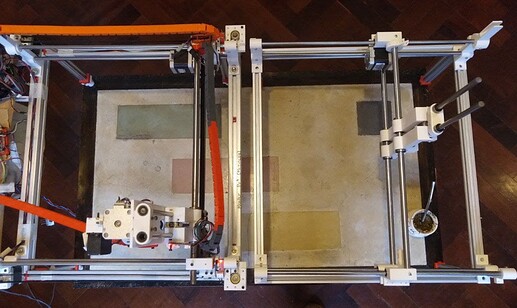 Renan, Solomon, and Pipe have agreed to collaborate with the project, and a meeting should happen soon.

Next meeting is scheduled for next week, probably on Thursday.

I also wrote to @Glyxon to arrange a meeting. Him, @adrianMolecule and I discussed our projects and experiences, and will setup a group in JOGL to set collaboration goals for the short or mid-term

Our Z-axis does not lend itself to accommodating the Jubilee toolchanger, not naturally at least. So we may need to change the design drastically.

Though Jubilee toolchanger is really awesome, we are not sure if it will stand the vertical forces needed to place a tip, if it would handle larger tools correctly, and there is no simple way to fit the toolhead to our Z-axis.

We will make out final decision on this point next week with Pipe’s and Solomon’s input.

Assembly models had to be updated to include most of the parts.

This allowed Pipe to start working on a nice enclosure, and tidying everything up (cables, electronics, power, etc.).

A first render of a enclosure idea is shown below: 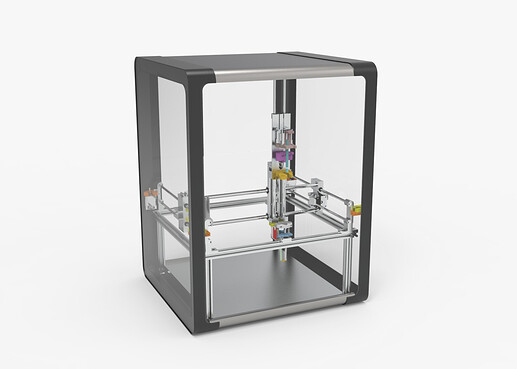 Next objectives (in spanish) are:

Yours truly has been using the first prototype to test improvements in the driving software:

Many-a-videos have been recorded, the assembly documentation will be written from them.

Some changes were made to the models, and have been reflected in the original documentation (the repo’s READMEs).

Slow we are indeed! Fortunately the GOSH board has granted an extension, and we’ll continue working for about a month (at most, ideally). Our substantial and financial final reports are due in September.

Probably on August 15th. Hopefully we’ll have a working robot by then.

Changes in the team

For personal reasons, @Renan will step aside from the first phase of the project. We wish him the best of luck focusing on his studies during the semester.

After some discussion with Felipe and @Solioboni, we decided to keep going. They are able to finish the project with the time that is left; around 4 weeks.

They will take over the design of the toolchanger, and the first fabricable models are due next friday, just in time for the project update planned for the 15th of August.

Preview of next update 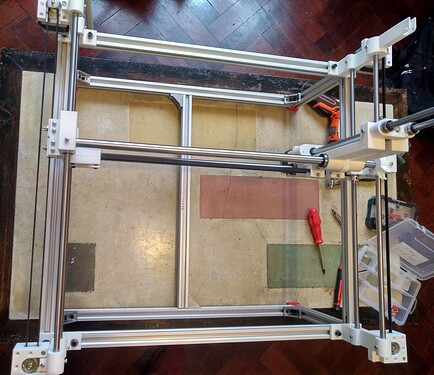 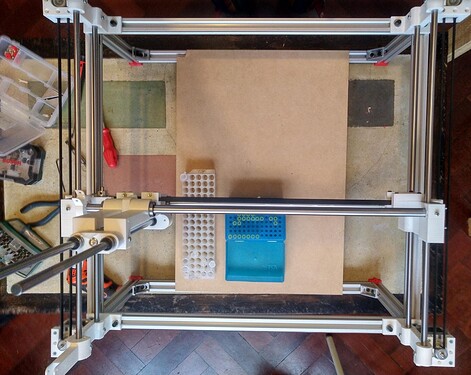 Development of a new baseplate development is next. 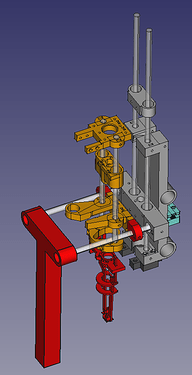 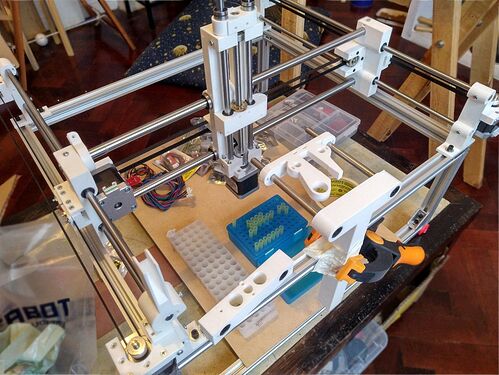 Printed draft parts for the cheapest toolchanger ever.

As described in the relevant gitlab page, the toolhead is attached reversibly to tools using small strong magnets. The toolhead will dock with the tool using a pair of linear rods, which will have a “fillet” on the ends to ease the docking process. 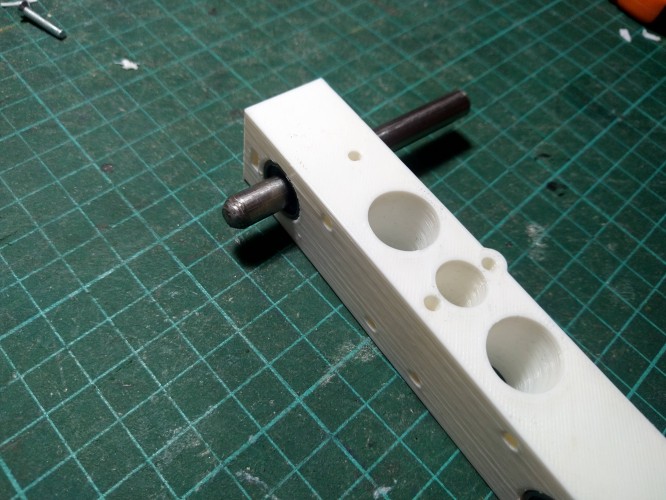 DIY fillet made with a Dremel grind disc and sanding paper. 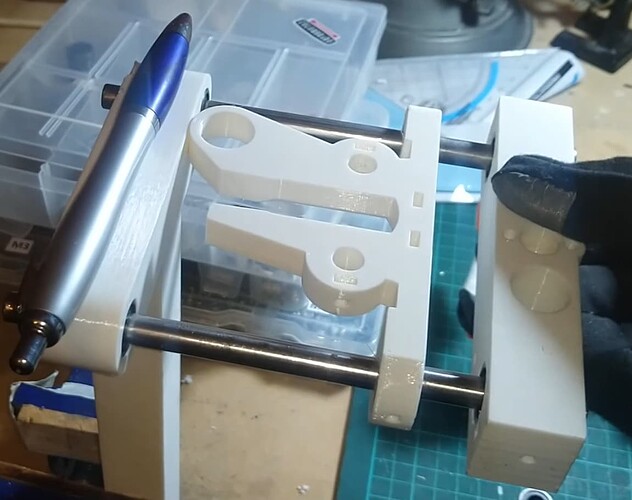 This is not as precise as the kinematic coupling of Jubilee’s toolchanger, but not incompatible either. We shall add it later on if required.

The tool will dock to the parking post using the same two rods, and bind to it reversibly with a hysteretic “push latch” mechanism (similar to the ones in ball pens), which makes this design a purely mechanical solution to toolchanging (no electronics, no sensors, no programming :3). 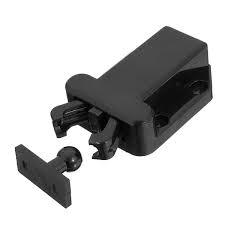 Our next update was due on the 15th.

Coordination at a distance is more difficult than we thought, so progress is not going as fast as we planned (schedule here). We’ll have to make it work in a single design-and-test round, before our extended deadline on the 31st of August.

Here is a sneak peek…

Solomon is in charge of designing the workspace base-plate and the object alignment system. We have already purchased a prototype base, which will get the job done while Solomon finishes the design: 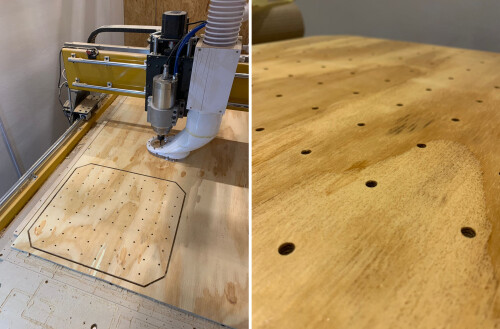 Pipe has redesigned the toolchanger, it is now based on the GetitPrinter (last item here). We’ll print and test the design this weekend. 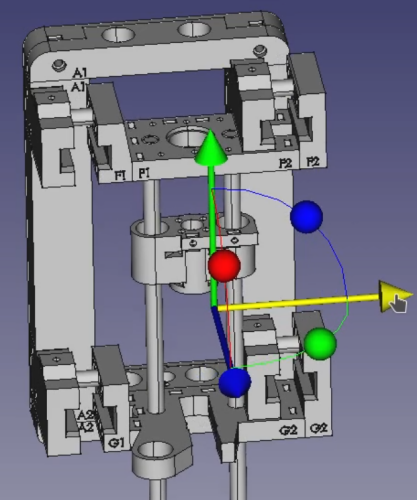 Hi all! This post will cover the latest and greatest news on the pipetting-bot project.

The main system is based on the GetitPrinter. 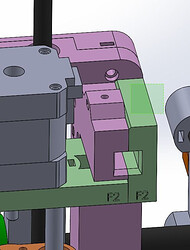 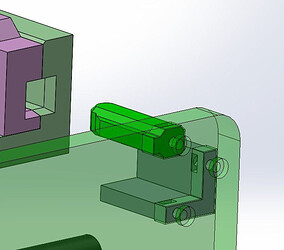 IOU: Our 3D printer started randomly jamming, and cannot be left unnatended over the 12 hour long prints. So we are delayed… again. I’ll post pictures soon!

This alternative is based on the mini-latch. The little device is normally used to close and open drawers, only by pushing, and is similar to the retractible ball-pen (in essence).

Though it adds a “dependency”, it has a lot less and a lot smaller parts, which were a breeze to print. 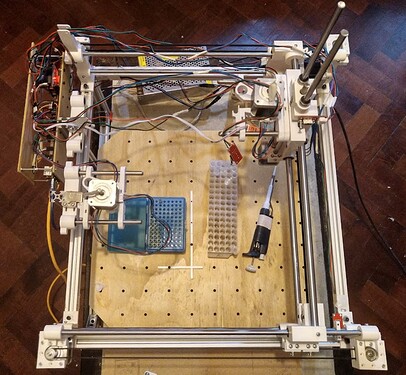 Notice the two parking posts on the left. One of them has a tool parked (mid. left), and the other tool is on the carriage (top right).

Though still crude, this aspect of the project just saw a major improvement. 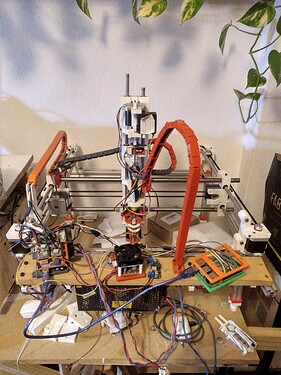 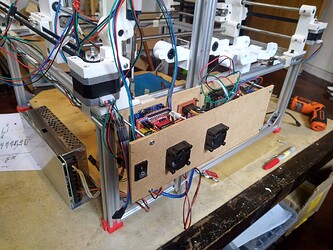 Note: this is still only a prototype, we’ll soon order a nice and transparent acryllic box, with some

We’ll have to print dozens of cable-carrier units. Pipe might have some ideas to simplify this part (maybe a sleeve?).

Until we start using Klipper to drive two Arduino CNC shields in sync, we are stuck with the good ol’ custom PCBs perfboards.

Fortunately all I needed to solder were two breakout boards for the pipette A4988 drivers with decoupling caps, and a simple 2N2222 transitor circuit (to force-reset the 5V Arduino from the 3.3V RPi). 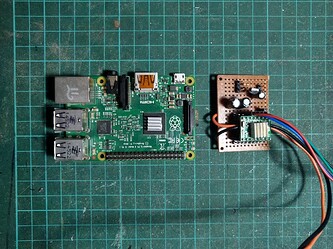 The only casualty here were a couple cheap stepper drivers that exploded for no good reason (as they occasionally do).

The inifinite-jumper-wire problem was bypassed by daisy chaining all pins from the first driver to the second one (except for the STEP pin). This of course means sharing some important pins, which is not a problem (for now, since the pipettes are never used simultaneously).

I must add connections for some tool components: both tip probe opto-stops, and both pipette homing end-stops.

In short, we used a spare Raspberry Pi 2, and moved on (model B, pic above).

Now our 64GB-only OS image fits in any 16GB+ SD card (and autoexpands), and it will work on any Raspberry Pi (the B models at least). Perhaps it could even work on a Zero W, but it remains to be tested.

Only minor changes. Driving the second stepper is trivial: instantiate the Pipette class with a different pin number in the STEP parameter (example here).

The next and final task is to handle the multi-pipette scenario in the protocol-planning side, and write the two toolchanging GCODE macros.

We’ll be using minimal 3D printed parts and a perforated wood baseplate as workable placeholders until @Solioboni’s design is ready for prototyping. 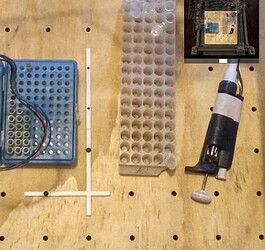 Those are good enough to align objects properly, easily, and reversibly on the workspace.

Most of the progress has been written to the README.md files in the development repo.

Due to the overhead of moving everything to GitBuilding, that version of the docs will be completed after the final design is built and tested.

Just thought of a nice diagram for the usage guide section: 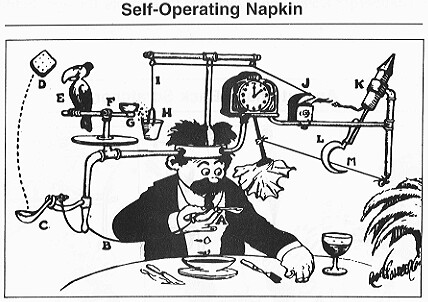 A lot has happened since we started the collaborations since early August, and I am glad to say that a first version of a tool-changing Pipetting robot is ready for testing: 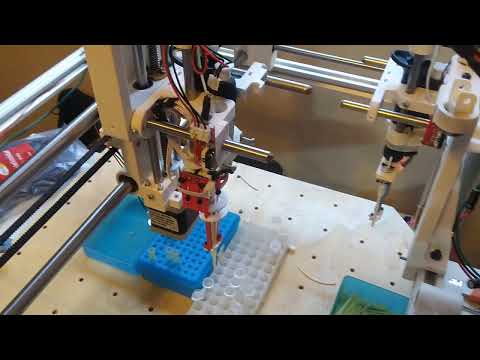 With it, we close a stage of development.

We are just about to submit our financial and substantive final reports to the CDP working group. Our deadline is on the 14th of September.

Edit 2022/09/22: the substantive and financial reports have been sent.

An open source robot has been released into the wild

but our work is far from finished.

The one you can see in the video above is an alternate version. This design It was rushed out because remote hardware development is much slower than I anticipated.

With it I was able to refactor the driver software, to support different tools. Pipe’s tool-changer has been printed, and the software is waiting for the first tests!

Solomon’s design is coming along, and will continue well after the deadline:

As for the tool-changer, the baseplate you can see on the video above was designed as a “dummy” but functional draft. The dummy baseplate and alignment system was needed for software development.

Varying amounts of work are needed across several fronts:

The GitBuilding assembly documentation is incomplete, and only covers part of the construction of the cartesian CNC machine.

The vast majority of the documentation is still used for development, and is available in several README files. This documentation describes the contents of each directory, explains how each part works, and links to the relevant interacting parts.

Have a look at the READMEs in the main repository! The README files are hyperlinked to each other, and I believe that this documentation can be navigated by anyone interested.

Though documentation is our main objective, writing complete docs requires a lot of time, and I will continue to work on it.

If all goes well, it will be finished before the global gathering at Panama.

I’ll reply to this post when the next stage of development starts (hopefully funded by the second round of the CDP; application here).

Feel free to comment and reach out through any of the following channels:

I’ll be glad to hear your thoughts.

We are very thankful for the support provided by GOSH’s CDP working group, and the Alfred P. Sloan foundation.

The 2nd phase of the CDP grant is on.

Some things are still due from phase 1, such as this box of wonders: 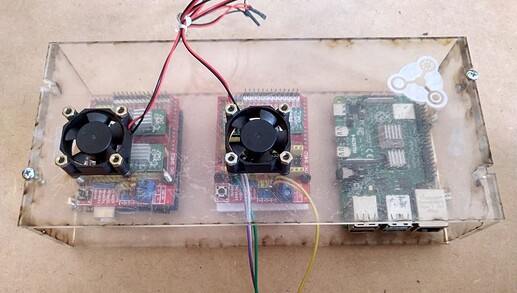 PS: there will soon be a dedicated post for phase 2 updates. Hoping to see you all at Panamá next week