Just thinking that a number of us maintain labs and workshops. Finding tools and parts can quickly become confusing, and it is also good to know where to put something back.

In my home workshop I have a little index where I can look up tools by name and it tells me where they are/where they go. It is sort of a weird cobbled together .yml file and a ipython notebook, and is really a little horrible to update.

I am about to embark on a major tidy-up/re-organisation of a much bigger workshop and want something a little more scaleable. Does anyone know of any software like this before I dive down this rabbit hole (@kaspar @ryanfobel )

I don’t know about tracking tools and all the software/services I’ve heard of have a focus on electronics:

I’ve not used any of these myself either.

Hmm, these look good for inventory. I just want something simple where I can give everything a name and print out a look up chart. I am not interested in inventory control, just on knowing where tools should be when I need them.

Particularly important to me is to be able to have the same thing have multiple alternate names in the index so that I can have both “Bricklaying Trowel” and “Trowel, Bricklaying” on the printed index so that I don’t have to guess which way I will look it up.

In the end I ended up tidying up my jupyter notebook into a little python program with a little GUI that allows me to add/modify items, and to also to change the list of valid locations. It is pretty simple, but good enough for now. I called it KitDex, as in it creates an index for your kit.

I will try to actually use it properly over the coming weeks. I may even improve it and fix some of these cons. 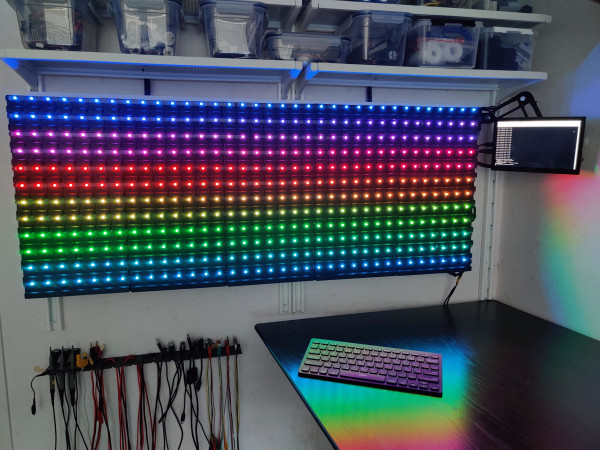 Think you’ve seen the best component storage system? This system could only be better if you could walk up and talk to it. [APTechnologies] was tired of using a hodgepodge of drawers and boxe…

Components change, have stock levels, details for reordering them, and in a production environment often sit near a computer.

Tools on the other hand often sit in a workshop, often with no computer, and your hands are probably covered in grease and oil anyway. You just need to know where the 3 foot long breaker bar is, or where to put it back. Laminated paper is the way forward here

I just want a tool that makes it easier to make the laminated piece of paper. A spreadsheet is OK, but it gets very annoying when you want to have multiple names for the same object because everyone calls it different things. You could make multiple entries, but they will get out of sync the first time the list is updated.