This is a thread for updates on the “pipetting bot” lab automation project, funded by GOSH’s CDP. 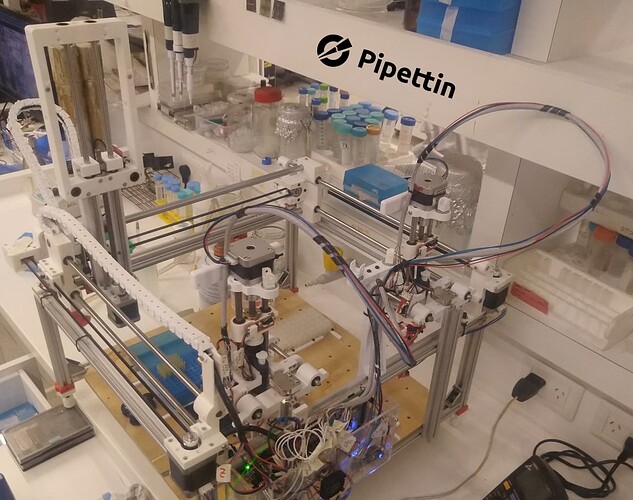 A contest is going on to name the thing. Participants may post proposals below, and become eligible for pizza awards. For reference, they must surpass TIPMASTER 2000 and MAZINGER in overall coolness.

In this opportunity, collaborators supported by the CDP will be working on two fronts:

Some very nice collaborations are growing around lab automation in general:

Thanks to Jeremy, Scott and Homer (FZ) and Rick (PLR) for the openness and the work so far.

A lot of effort has gone into planning an integration with Opentrons’ software stack.

After many emails with several devs, we found that working with PLR is the better option for short-term interoperability. Which means that using OT’s protocol designer and/or protocols with out bot is on hold.

However, it does not mean that this and other layers for interops are out of the picture. Quite the contrary!

With some initial but crucial help from Jubilee’s lab automation folks, I eventually got Klipper doing everything the project needs to do some pipettin’ (and maybe some yeast paintings on ágar, @laola).

Here is a video, bonus points if you find where GOSH’s logo appears 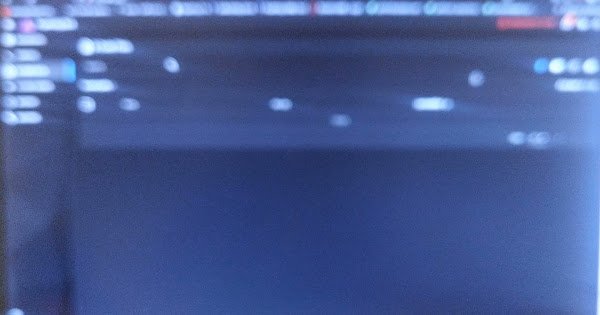 Note: to get the project where it’s at, I spent a demented amount of effort spelunking the source of this not-quite-a-CNC firmware. Luckily for my sanity, it paid off. The web apps for CNC control are sick.

As usual, all sources are available here: pipettin-bot · GitLab

Small update: The speed and acceleration have been significantly increased!

Here is a short demo of the first attempt to pipette a PCR protocol, with a few primer combinations.

The bands in the gel are not the ones I expected, just like human pipetting (probably due to some issues with minimum tube volume and the PCR auto-planner and/or the PCR itself).

Very cool. I am wondering is it necessary to build the entire hardware from scratch rather than reusing an existing 3D printers hardware? Like HistoEnder or similar. Also, are you already using Klipper?

Hello Chinna, that is an interesting question, thanks!

Reusing a 3D-printer would have been ideal, but there are a few issues (outlined below). An alternative would be to reuse a generic hobby CNC machine, which would be trivial.

are you already using Klipper?

Yes, It is already using Klipper!

The main issue with the usual 3D-printer is that the Y-axis is implemented with a moving bed.

Because I wanted to implement tool-changing, a moving bed became impractical (as the axis would have had to deal with a lot of inertia from the lab objects, and from the parked tools).

The 3D-printer we could have used is Jubilee, a tool-changing 3D printer. Although this would have raised the cost (several-fold) with no gain in speed or functionality.

Regular 3D-printers have a rather small print area, which would accommodate only a few objects.

I am wondering is it necessary to build the entire hardware from scratch rather than reusing an existing 3D printers hardware?

Building it from scratch was part of the learning process, and became necessary for the reasons above.

All in all, building the CNC frame is rather simple. Once the [widely available and cheap] parts are sourced or printed, it only takes a couple hours to assemble. There is nothing particularly special about it: belts for XY and a screw for Z. Wiring the electronics and setting up the software takes a day or so.

Some hours are required to carry out the spatial calibrations of the tools and objects, and the gravimetric calibration of the lab the pipettes (which will be largely automated by a suitable protocol). But this is required for any robot, beyond which CNC frame supports it.

If someone wanted to use this project on a 3D printer, the only possible obstacle is on adapting the tool-changer to the printers carriage. This should be easy, because the interface of the tool-changer is as simple as possible.

Thanks to Klipper, the project is [popular-]controller-agnostic.

I was not familiar with the HistoEnder! I’ll add it to my list

Thanks for your reply. Sorry for the late response. I understand your reasons. I am also thinking what would be a simple may be one pipette robot that can be quickly doable by repurposing an existing 3D-printer. I guess if we remove the criteria of changing the pipettes, we can use the existing 3D-printers right?

I guess if we remove the criteria of changing the pipettes, we can use the existing 3D-printers right?

Indeed! And it would be great as well.

Having a single tool also makes a machine simpler / more specialized, and this can be an advantage. Lab equipment is usually single-purpose, it is what people are used to, and it simplifies usage.

The problem with pipetting is that you’ll only get one volume range. Using a p200 to transfer less than 20 uL is not straightforward, and larger volumes will take a lot more time (think 5 moves for 1000 uL).

If you focus on a particular kind of assay (like serial dilution, preparing aliquots, colony-picking → @jeremycahill) then a 3D-printer’s frame and a tool adapter is all that is needed.

Do you have a particular application in mind?

I’d be glad to participate. Fitting my old MK3 with a pipette would be really cool (and it has been done).