A new piece highlighting open science hardware in the developing world has been published by Physics World, featuring many members of the GOSH and AfricaOSH communities! Including @amchagas @rbowman @Rojos @ifriad @cjmushi & more.

Check out the snippet below and read the full article here.

"In the developing world it’s difficult to get and maintain the hi-tech equipment we associate with modern laboratories. But could open-science hardware provide a lifeline? Rachel Brazil investigates.

Walk into any modern physics laboratory and you’ll see all kinds of hi-tech instruments. There are spectrometers, microscopes, oscilloscopes and diffractometers all spitting out data, spectra and images. Apart from being expensive, the main problem with these “black-box” instruments is that they can’t be fully inspected or customized. If they break, you often have to pay engineers to come and fix them.

But what if you could make your own equipment? This is the principle behind the open-science hardware movement, which lets people make, modify and share hardware for scientific use. By sharing design blueprints and using 3D printers, equipment can be made quickly and cheaply. The idea has caught the imagination of many researchers, but for scientists in Africa and other parts of the developing world, open-science hardware is a lifeline that could benefit their teaching and research." 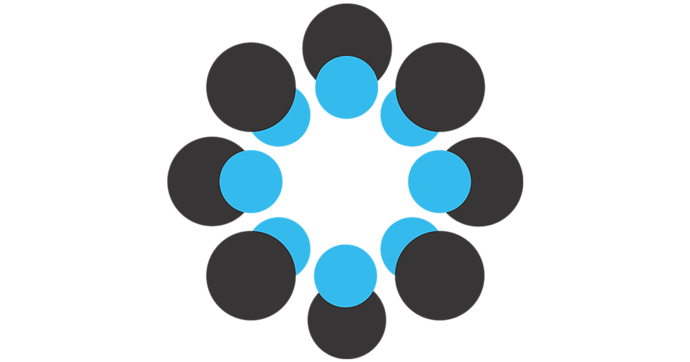 Pablo’s repository is a great example of literally “open science hardware in the developing world”, but it doesn’t fit Physics World’s narrative. Richard’s microscope is great, but why not mention Isaac and Tamara’s imaging system too? (from the developing world). I’m sure Physics World would be interested also in knowing there’s a center focused in open hardware in physics in Brazil. And I’m only mentioning some friends from around here. I’m sure there are many more examples, in physics and other fields too.

Those of you who are new to the forum, please know that there is a lot of open science hardware development all over the world, and international collaboration doesn’t have to go only one way.

Hi everyone, and thanks for putting this in here Gustavo, I pretty much agree with your statement. I was sadly surprised by the tone of the article and the arguments and conclusions reached by the author. So much so that I’ll go through the process of deconstructing it, trying to clearly show what was that bothered me and why. I’ll do so in the next day or so and will post it here because I think it is important to discuss these issues among community members. I’ll be back when I’m settled in front of my laptop and with a chamomile tea next to me.
Saludo,
Paz

Thanks for starting this conversation @gpereyrairujo (and @paz). I’m looking forward to reading Paz’s break down of the article, but agree and find it jarring that this article is as Gustavo suggests-- people and projects from “developed countries developing open science hardware for the developing world”.

I wonder if as a community, when a journalist wants to write about open science hardware and/or GOSH that we request they read the manifesto (not just note that one was written) to really understand what is at the core of our work. This wouldn’t mean interference in what is written, which journalists won’t go for, but it would require people to understand our agreed upon values. In this case specifically, points under “GOSH has no high priests” and “GOSH allows multiple futures for science” would have potentially helped to change the narrative laid out in this article.

just my 2 bits here - a couple of crazy things about people: 1) how few will read a paragraph to the end and 2) how many really do simply seem to want ‘high priests’ and to be told what to do. Yet they want to feel like they are rational, while making their most convincing conclusions with the least amount of data… (à la D Kahneman) Journalists not wanting to read is really a sad state of affairs, of course! All these tendencies add to our work - esp considering that the manifesto comprises a short and simple set of phrases, not any long text… We can build the multiple futures for science together - but it will not be without a struggle! Greetings to all and looking forward to Shenzhen!

My hopes and dreams General

Greetings Nano & Pablo Many thanks for the air track design. Today I finished putting together the air track, initially it is working fine but I still need to do some fine fine tuning. I will try to send some photo next week. Regards Ihab


a detail that bends a little this too linear narrative

I shure liked the comments of goshers cited in the article

Greetings Nano and Pablo. I hope that you are well and fine.

Thanks for pointing this. Actually yes for the air track yes it was the design pointed to me by Pablo. That’s why when I mentioned the air track I used we and not I, which I used when mentioning the timer.

I hope the above clears this point where I didn’t claim any originality.

Hi Ihab,
thanks for clearing that point, I didn’t meant to say anything about claiming originality just wanted to make a point about the general tone of the article
We also made a photogate prototype in case you want to take a look.
Saludos

ps: we would be very pleased to see a picture of the african version of the air track:slightly_smiling_face:

Well, I think Shannon and the rest said it all. They did the deconstruction haha

I think Shannon’s idea of asking journalists to read the manifesto is a good one. It might help journalists at least have a clearer idea how diverse and non-conforming (and annoying hehe) we can be.

I’m not too sure but when a journalist asks you for an interview I guess there is a chance to assess in advance whether she/he gets some key points or not after reading the manifesto or if the editorial of the specific media platform kind of fits. If not then maybe is better not to get quoted, let them do their thing without “endorsing” (not sure this is the right word) them. Anyways, I think this is material for a session in China, hope you guys get to talk about it at some point.

Overall, I think the “high priests” issue pointed out by the others here is the key problem with the article.

Does anyone has or knows of a list of media platforms with investigative journalism? Maybe that’s one of the resources we should have at hand. In Chile, El Desconcierto (http://www.eldesconcierto.cl/) is one platform I could have good access to (although at present they don’t do investigative journalism really…) because one good friend (and OSH supporter) is part of the board.

Anyways, a couple of extra deconstruction points (only as documentation haha, the summaries given by gustavo, shannon, rachel, etc. are better):