Ok, ive been getting into making bubbles, and making 3D printed bubble wands, because they are fun! (and we make them out of upcycled trash!). But PART of the reason I have been interested is because i have also been thinking about more probes for studying animal behavior, sensation, and cognition.

For instance I have seen people studying dolphins who do things like make bubble curtains that obscure vision but still allow sonar to have experiments that disambiguate which sense the creature is using.

They do this with frogs and bats at the smithsonian here with, for instance, a robotic frog that can chirp and move its dewlap thing independently.

I was thinking about making an ultra thin “bubble forcefield” that could be turned on and off around a prey item and seeing how creatures might react.

Anyone have any other ideas about what you could do with a continuous bubble forcefield?

to create such a thing (with a minimum number of moving parts to add minimal distractions to an animal), i actually just got off a great call with Dr. Laurent Courbin who was an author on this paper and was super nice and walked me through how to build such a setup, so i will try to build that in the upcoming weeks, and potentially create a streamlined 3d-printable version that’s easy to setup! 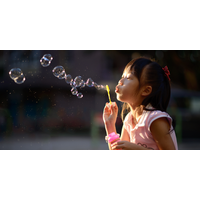 Using a bubble-blowing apparatus, researchers developed a model that explains the effects of several factors, such as the breath velocity, on the process of blowing a bubble.

I also looked at this paper which gave some details
https://drive.google.com/file/d/1IM9yaqL5T2dnezimQ1DU9yY_IrEOrH26/view?usp=sharing

Hey @hikinghack this sounds super fun! Wish I could be there haha

I was thinking about making an ultra thin “bubble forcefield” that could be turned on and off around a prey item and seeing how creatures might react.

Anyone have any other ideas about what you could do with a continuous bubble forcefield?

My scientific quesitons would be, if we observe a change (or not) in behaviour in animals near the forcefield, what would that mean? What are the implications of that?

I wonder if any of the Wildlabs people might have an insight on this??

This is less about a continuous bubble film in how i meant earlier, but a way to create continuous bubbles in a dipless system. There’s a little peristaltic pump that feeds to what i am calling a special “Bubble Juice Nipple” that lets a passing wand create a perfect film. In this case it is used for infinite bubbles, but it can be for other stuff!