This is a different take on how I had understood the suggestion. I understood it as a way for members of our community to get paid for their time helping others while still providing open knowledge. I am in the fortunate position that I am paid to develop open hardware, I understand that many are not!
The idea of the funds going to GOSH is something that I hadn’t considered. I suppose the fairest thing to do would be for people to choose what percentage they keep/donate.

Just adding another platform to the pot: https://opencollective.com/
Heard good things about this one. @kaspar is using it and maybe could share some insight?

That one is also being discussed in GOAT, though no one has a lot of experience there either… Kaspar would love to hear more.

thx for sharing @amchagas
just got me inspired aswell to look at. we are in a phase or restructuring hackeria, as an initiative, as a network, as a future vision. we kinda have our 10 year anniversary these weeks, and i wonder a bit how long term such platforms can work. cos we are now looking into where and how to sustainably setup up strucutures and visions for the next 10 years.

I agree - I’d think of this option as one option and not the all-in-one-sustainability solution for GOSH. But still I think it’s a very interesting one for supporting other work that is more difficult to fund, and also for reaching out to some of the possible users that @gbathree mentions here:

It also gives a clear pathway to interact with the community for populations who are used to interacting this way… I know that sounds odd, but there are definitely people who are more likely to connect through a consulting relationship that’s paid than by posting for free on the forum.

The workaround of donors supporting consultation for communities without money is smart - The project gains both advice and visibility.

‘The money goes to GOSH’ part should be discussed, as there’s no structure for that currently.

What about discussing this in the community call? @Gregbt would you like to join there for a discussion?

PS - Mike Stenta from farmOS and Don Blair made some test pages on opencollective.org … I contributed some money and submitted an expense. Here’s some details on that experience:

Summary
I think it’s an extremely transparent and flexible way to manage diverse groups. However, it add’s overhead in terms of cost (5%) and time as compared to just having a traditional fiscal sponsor. Overall, my feeling is IF you can manage all expenses via paypal (which is natively supported)… it’s probably worth it. We would need to maintain an internal governance structure for how decisions are made for spending the money within GOSH (which we’ve discussed), and probably it would still be up to a small group to actually push the ‘pay’ button on expenses within the software, according to the group’s approval. 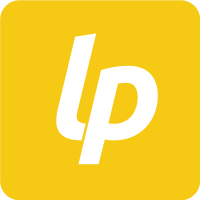 We help you fund the creators and projects you appreciate.

seems similar to open collective, but with no fees

Oops, missed the @ on this for some reason. Opencollective has been handy for Kitspace but as you noticed the fees are relatively high. If you fit into one of the existing does just do everything and gives you a nice overview page which is good for transparency and also allows others to claim expenses.

Liberapay is a good alternative but won’t manage expenses claims I believe.

@neuro3en and I recently met for some beers and were talking about GOSH in science and how to improve the visibility of our community in academia. We came up with an idea which is also possibly connected to funding concepts and that’s why I’m posting it here.

What do you think about creating a GOSH affiliation which everybody (but having especially academics in mind) could use in the public to show one’s connection to the community. For academic papers you can have several affiliations and adding one GOSH affiliation when publishing a paper would very likely increase the visibility and (academic) reputation of the community. Apart from that it might also be useful for non-institutional GOSH members to have an affiliation. Here is a similar example of an independent and global research institute.

We already quickly looked into ways to do this. We could easily register an association (NGO) in Germany and would be also eligible to receive funding/donations. Registering such an association doesn’t cost much (not more than 150 EUR) but at least 7 members are needed to do so.

Before I get lost in all the details we imagined …

What do you think? Is it useful or would just feed the shitty part of the academic system which is all about prestige and publications?

Hello,
Just a quick note to say I find this idea problematic. I’ll shortly write with details of why I think so…
salud!
p

So a bit of actual feedback (after giving it a bit -a bit- more thought).

On the good side first. I am one of those people willing or trying to do research from the outside, I’m not part of the academia and not planning to join it any time soon. So actually having an affiliation that doesn’t require me being a phD student or a professor or ‘formal’ researcher would be probably great. (Although even better would be to actually have the time/money to do proper research, and with a bunch of people).

Having said that, what I find problematic relates first to the need to sort of centralize Gosh in order to do what you propose, in a country, in a group of people. That means centralizing power in decision making and influence. Even more problematic to do so in a Global North country such as Germany. One of Gosh’s strengths is its decentralized nature, the fact that there isn’t a group of people commanding what the rest do or can do. And the second reason (I’m sure there are more) relates to focusing on doing ‘science as usual’. I mean, the Manifesto is clear in that the purpose is to do things differently. In that sense, we should look for visibility and reputation for the community and open science hardware in general (even if not done by community members) and not to try increase the reputation of individual academics/researchers: “We move science toward communal, accessible, and collaborative practices, and away from territorial, proprietary, institutional, and individualistic practices”. I mean, if we do good stuff, if we work hard and effectively, and partner with the right people/groups, we should (OSH) get more visibility.

And lastly (for now), I have the feeling this possibility was discussed and eventually dropped some time ago. I’m not sure if in GOSH 2017 in Santiago or last year in China. Maybe someone else remembers…

Thank you a lot for your feedback @paz . I think I see your point. I’m looking forward to hearing from others too. Sorry if this has already been discussed at GOSH17. I was not there and I did not hear about it at GOSH18 (which does not mean it wasn’t discussed

We actually did not think about it as a “center” but a node of the network. I would be also up for not doing this in Germany or the rest of global north, but we would offer to do it here and it is fairly easy too. But I don’t know how much effort it would be to found something similar in the global south. I just know (or think I know) that the German “Vereinswesen” (association/NGO system) is quite unique and it does not have to be centralized. The only thing it needs is one address in Germany which we could provide.

when you give an affiliation in an academic paper, does it need to be linked to a legal entity? or in other words, could we simply start using GOSH as an affilitation and point to the website or forum or roadmap?

Well. Probably depends on the journal but I think you have to have a valid address?

From a few opinions around in the lab, the consensus seems to be that no one really cares if the affiliations are from registered institutions. The other suggestion was: forgiveness is sometimes better then permission…

I would say we just start using it…

If of course members of the GOSH community are ok with this…
I have no idea what this would represent in terms of representation of the movement, and how people see this in the non-academic space…

I have been working with some of our partners here in Yogyakarta again, and we discussed a lot about a programme called “Arts Collaboratoty”, although originally funded through DOEN, a dutch foundation, the programme had a very unique and ethical standard to give away “power” to the recipients of the earlier rounds, all in the “global south”. it’s is meanwhile “them” who tailor and plan the future of it.

very interesting and experimental self-governance and mutual accountability models. i think much to learn from it also for GOSH’s future visions.
http://www.artscollaboratory.org/meetings/

while they are quite far away from scientific hardware / research, they could be super valuable for future governance discussion and we could aim at inviting them as counsellors for future events.

Hey all, @jurra shared this somewhere else regarding open source hw business models, I thought it could be interesting for some of you https://www.conftool.com/iced19/index.php?page=browseSessions&form_session=277

Very interesting and just in time, thank you!

I recently stumbled on the “zebras instead of unicorns” business funding model which might be a better fit for open source hardware (and software), see this thread. Looks interesting! Just wanted to share in case anyone’s interested. Love to know what people think…